With over 30 years years experience in head design in Australia’s premier touring car championship, the V8 Supercar series, HRD have been able to prove themselves as class leaders in head design. Benefiting from seven years working for Larry Perkins/Perkins Engineering and providing components to many of the top teams, the results speak for themselves.

Off the track, Higgins race heads have been on top of three different winners at the prestigious Summernats Horsepower Heroes competition, one of the countries top power shoot out competitions.

Not limited to land based applications, HRD have developed heads for some of the country’s best ski boats in including Southern 80 Ski Boat outright winners in 2002, 2005, 2006 and 2008, as well as numerous 6 and 8 litre champion boats. Top boats Hellbent, Hellrazor, Real McCoy, Sportspage and Kryptonite all run Higgins race heads, as well as the Smorgon Steel Off Shore Race boat: twin 508 cubic inch big block engines with ‘Dart big chief heads, ports developed by HRD. 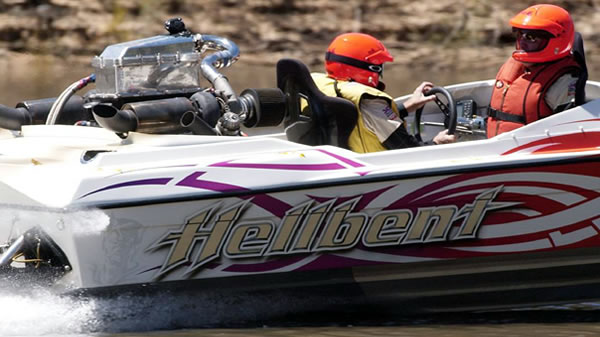 Tried, tested, and backed by results, HRD can engineer the solution for your application.